The physical store business is hindered

(Summary description)Now we see the status quo is: a lot of physical stores in various industries have been blocked, or even close the phenomenon. Whether it is because of the impact of e-commerce, or the poor management

The physical store business is hindered

(Summary description)Now we see the status quo is: a lot of physical stores in various industries have been blocked, or even close the phenomenon. Whether it is because of the impact of e-commerce, or the poor management

Now we see the status quo is: a lot of physical stores in various industries have been blocked, or even close the phenomenon. Whether it is because of the impact of e-commerce, or the poor management of entity businesses, or the rising operating costs.
This is a socio-economic status quo, and the operating costs of companies are getting higher and higher. To open a physical store, it's better to open an online store and engage in a financial business. We don’t comment on which kind of remarks are more reliable, which actually caused the closure of our physical stores. The reason for this is not a single one. All of the above remarks are one of the factors. What we are going to discuss now is how will the fastener industry go from the close of the physical store in China?
This article discusses the current status of business operations in various industries.
The Malaysian department store Parkson Commercial Group, which has the reputation of being the first foreign-owned store, has been caught in the storm. Following the closure of Beijing Dongsihuan Store, the only store in Tianjin was closed on March 31, 2015. Wal-Mart has also been affected by the pressure of retail deflation in China. About 30% of existing Chinese stores will be closed.
The prestigious Wanda Department Store has also closed its doors, involving closures in Ningbo, Qingdao, Shenyang, and Wuhu, while Wanda Department Stores, which involves the compression of department store floors, are located in areas such as Wuxi, Xiamen, Qingdao, Yantai and Changzhou. At present, some stores have started to adjust.
Earlier this year, due to the poor performance of McDonald's globally, its global CEO was replaced. In the first quarter of this year, the net profit fell by 32.6%. McDonald's announced that it will close 700 stores worldwide this year, including 220 underperforming stores in the United States and China, including about 80 in China. In the same way, another foreign fast-food giant, KFC, operates in an average condition.
Belle International’s latest retail sales data for the first quarter (March to May) of the fiscal year showed that the number of retail outlets in the country’s largest footwear production and retail company decreased by 167, while sales of its footwear business grew year-on-year. Declined by 7.8%. Previously, the size of stores has always been Belle International's advantage. Data shows that in the most “crazy” days of opening stores in 2011, Belle International opened an average of 2 to 3 new stores every day.
Many cases seem to have the fact that the real economy is no longer beautiful. Looking at online channels, many stores and brands have reduced offline stores, but they have increased their sales channels: online stores, official websites, takeaways, computer clients, and mobile phone APPs. These have greatly reduced the cost of physical stores. Get more customers. This may be one of the reasons for the “close tide” in the current physical store.
Looking at the fastener industry in China, has it been affected by this "closed-door tidal wave" that has swept all industries in the country? The answer is inevitable.
According to the reporter of this journal, the current phenomenon of polarization in the fastener industry in China has occurred, and some companies have been unable to make orders, but some companies are “waiting for rice”. The reason for this is of course comprehensive, but it is undeniable that there are also a few companies that face “closed doors” in the fastener industry. According to the person in charge of the fastener company, “It is getting faster and faster nowadays, and fastener companies like us, especially small and micro enterprises, are mostly following the traditional business model and are not adapting to the development of this society. Some enterprises with financial resources and qualifications have already started their transformation and have sought to develop in many ways, including e-commerce and online trading platforms, for example. These are major trends in the future development of the industry."
We can see that most of the fastener industry business models in China are still stuck in the traditional model. Although in recent years some companies have jumped out to try e-commerce and involve logistics, most of them are actually solid manufacturing, regardless of industry. The limitations of the characteristics, or the impact of the entire environment, China's fastener industry as a whole is still the absolute dominant entity management. Therefore, in the face of the current “shut-off” wave of physical stores in various industries, we cannot help asking whether the fastener companies should “follow the tide” or “stick to the rules”.
Previous: None
Next: China Automobile Federal-Mogul to enter the domestic auto market
Previous: None
Next: China Automobile Federal-Mogul to enter the domestic auto market 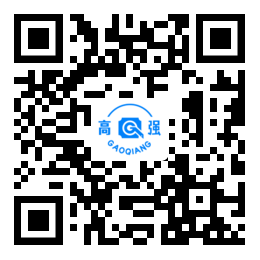